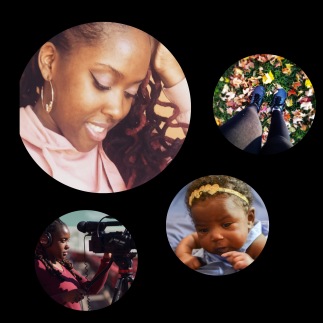 Jemeela is a passionate photographer and videographer with over 16 years working in the industry.

She has a Bachelor of Arts in Television Production from the prestigious Howard University in Washington D.C. She has also taught video editing and photography to both college and high school students, and have obtained a certification in Strategic Storytelling for Non-profits from Maine Media Workshop + College.

Throughout her career she had worked at Boston’s largest anti-poverty agency, Action For Boston Community Development (ABCD), as the Video Production Manager and as a Production Coordinator at Sirens Media in the Washington D.C. area. During her time at Sirens Media, she had gotten a wealth of experience working on various television series for networks such as Development Projects and TV One.  At Sirens, she was the production coordinator for TV One’s series “For My Man” season 4, by help coordinate pre-production, production, and post-production for the first 7 episodes of the series. While working at ABCD, Jemeela produced, directed, and edited over 240 videos covering events, program overviews, social media promotion, and fundraising; as well as, art direct event photos and head-shots.

After giving birth to her beautiful daughter, Amiyah Ruby Thompson (A.R.T.), Jemeela decided to leave the corporate production to pursue her dreams in starting her own photography media business with her partner Kevyn Thompson.

Jemeela also has her own mommy-and-me blog called “The Evolution of A.R.T: A Mommy and Me Journey” that aims to help first time moms get through challenges of being a mom first the first time.

“A.R.T. Media is not just any photography and media company, but business that supports the arts through all forms and in different ways.”